Saira Peter BSc (Hons) MSc MA (London), Director of NJArts, London and Founder of Saira Arts Academy, Karachi, Pakistan has, once again, been making waves in Pakistan. Hailed by the national press as the world’s ‘first and only Sufi Opera Singer’, she has  not only taken the nation by storm, but has been sitting down with Christian artists to   challenge them to do the same, to employ their creativity in reaching out to the rest of the nation.

The idea of using music to communicate beauty and virtue with anyone outside of the Christian community is a strange, perhaps even threatening idea, to those who grow up in small minority groups within a population of over 180 million people.   Yet everyone among them knows Jesus commanded His followers to ‘Let your light shine’. A light on a hill cannot be ignored, no matter how few are holding the     torches! Saira’s challenge and the power of her own example, sparked a response, and in October an extended family of thirteen gifted musicians travelled 20 hours by train to attend her workshop in Karachi.

The head of the family, ‘Imran’ had had years of experience organizing the APMC, a major Eastern Classical Music conference. He knew, too well, how few Christian musicians participated in such important events and how little the role of music was understood by Christians in the nation. He was thrilled to hear Saira’s      teaching on the importance of the arts, how music features throughout Scripture and how vital it is that Christians take their inspired celebrations of God’s love into the world through song. 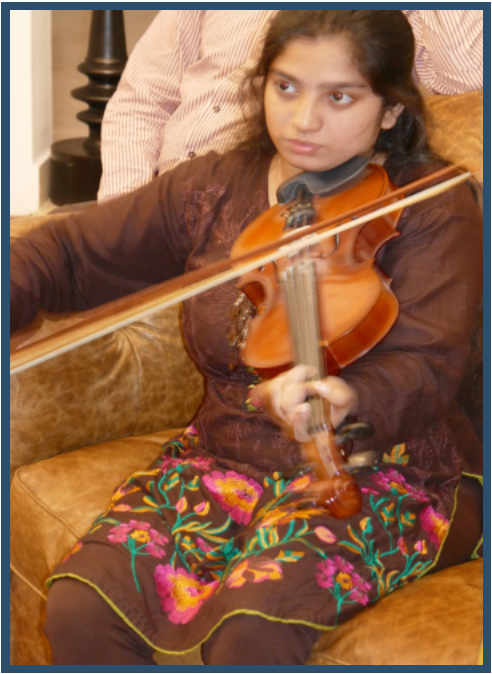 The group spanned several generations, the youngest, ‘Hinnah’ being 11-yrs-old and already a Gold Medal holder (2016) in classical singing! Her mother has taught music in Lahore and her older 15-year-old sister has been awarded Gold Medals in Classical, Folk and Semi Classical music over consecutive years. Others in the group play violin, tabla (drums), guitar, keyboard, harmonium, flute, dholak (another drum).  One can play five instruments and everyone can sing!  Saira organised an arts outreach for the entire group.  She arranged for them to be the main musical guests on a 2-hour mainstream TV show. There, they performed a mix of popular songs, Eastern classical and several worship songs understood by the majority as well as Christian communities. The hosts were impressed!

Next Saira introduced them to a celebrity folk singer from the majority community who was visiting her in Karachi.  The group had an opportunity to socialise outside of their normal community boundaries and to  celebrate “bridging” music together with a leading musical voice of the nation. 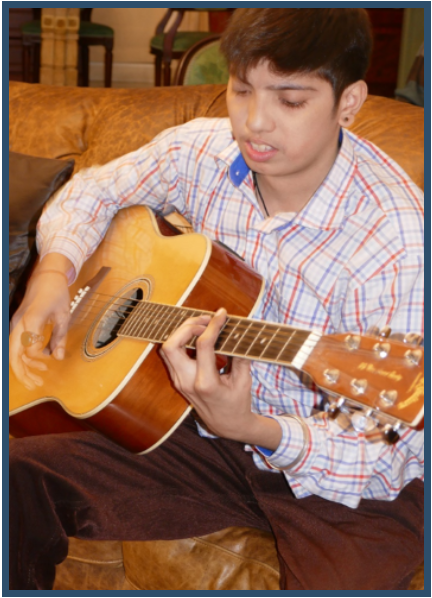 In addition, Saira asked the mother and one daughter to record backing vocals for one of her new  “sufi” songs, a spiritual song with lyrics derived from traditional Pakistani poetry, celebrating the Love of God in  creation.

To cap it all, the workshop was concluded by a trip to the sea, a fun day of fellowship for a family that had never seen the ocean and an opportunity to discuss everything that been taught and experienced in previous days.

Saira Peter BSc (Hons) MSc MA (London) is an accomplished ‘Sufi Opera’ singer, creating and singing songs that bring people together across ethnic and religious lines. Saira believes music can not only lead us into the celebration of who God is, but can also help us build bridges of honour and respect between diverse communities. 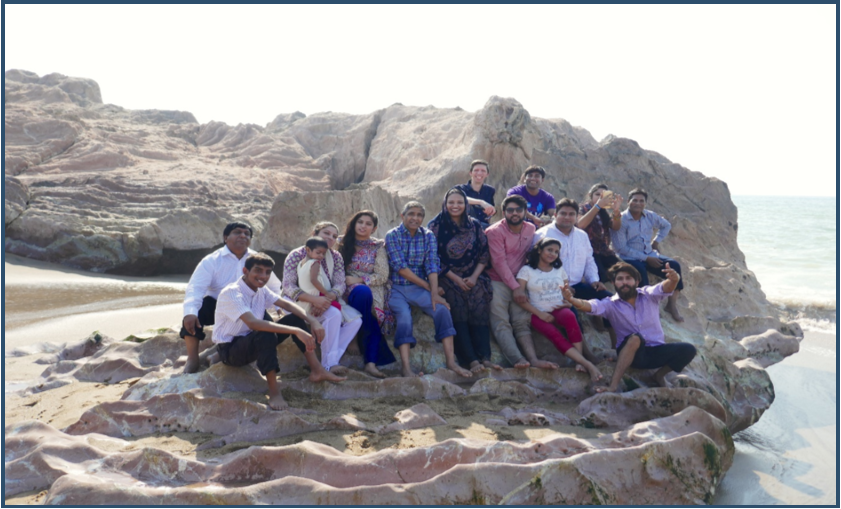