The lesson of Japanese universities, are strongly attracted to the sound of the sound in to learn Gregorian chant and polyphony, I began to have an interest in early music. I learned a professionally Early Music in the Netherlands after graduating from university. Also baroque music Although I studied a lot, along with the nearby become graduation will feel more and more inclined to the old church music learned long ago, is singing a such a since then we believe that their life’s work. as much as possible at the time of sheet music when singing I try to use. you do not mean separate read them fluently, I think that it’s important to stare at the music in the same line of sight with people and playing the person who made the old days work. favorite music those of the Middle Ages, of the 11-14 century France, religious music of Spain is I think that great. “

“My interest in ancient music began in a university class here in Japan. 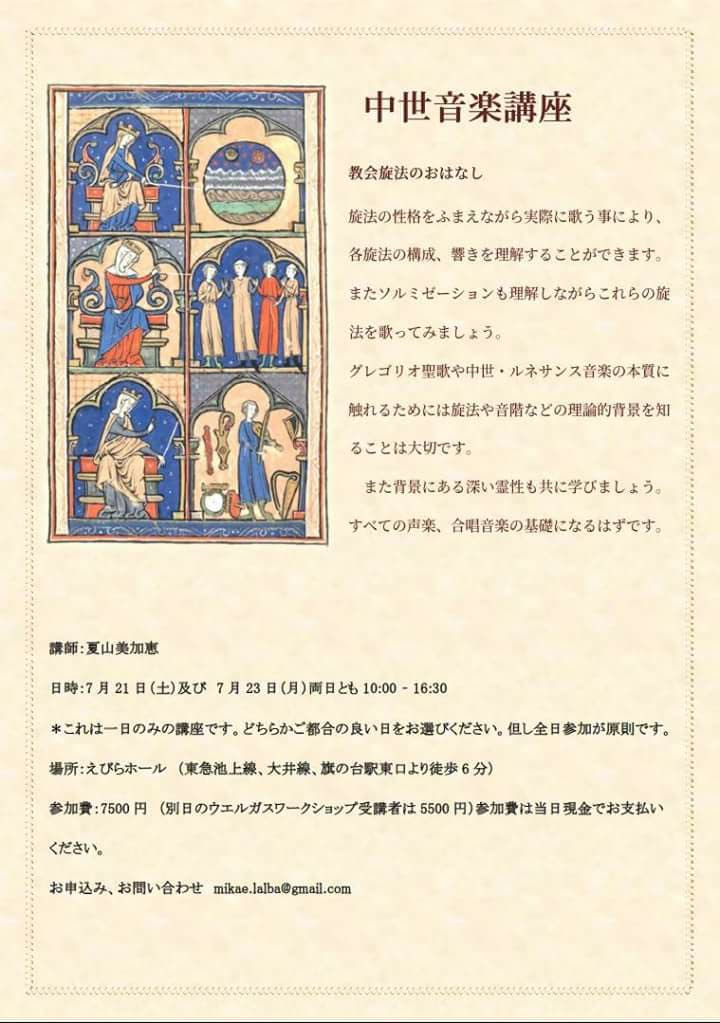 I was drawn to the rich sounds of Gregorian Chant and polyphony. After completing my undergraduate, I moved to the Netherlands to pursue ancient music studies. I also studied Baroque music, but the closer I came to graduating the more I leaned towards ancient music of the church. Singing those songs has been my life work ever since. When I sing, I use sheet music from the time period as much as possible. They are not easy to read (!), but I believe it’s important to look at the music from the same perspective as the original composers and performers. My favorite music is the religious works of 11th ~ 14th century France and Spain. “