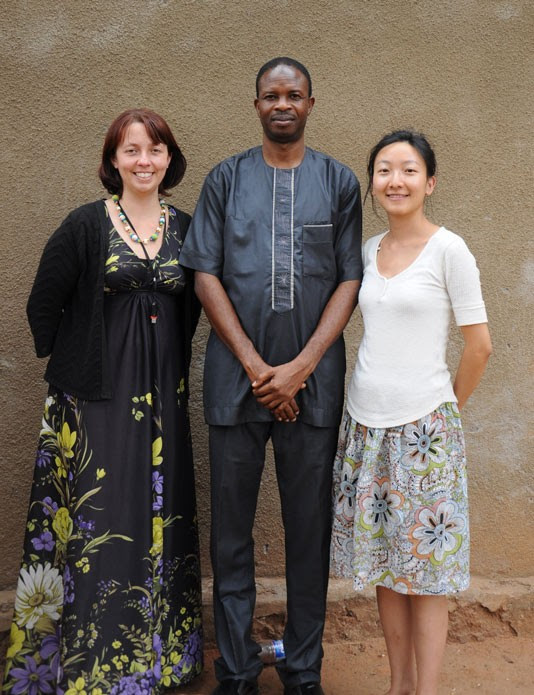 Nata, Nzega District, Tanzania exits on the border of two regions meaning that Nyamwezi and Sukuma people freely identify as either Msukuma or Mnyamwexi.  Around 6,000 people live there.  Harvest season from June-August is when ngoma (traditional music, dance, and storytelling) is danced.  It’s the best time to visit because people have time on their hands.

David from Nigeria, Crystal from China, and Stephanie from the US (living in Tanzania) visited some friends in Nata, Nzega.  They shared stories, studied the Bible together and created more dramas (of the theater kind) than any of them can remember.

On their last day, they were given most of the Sunday service to share what they had learned that week.  They performed three dramas that communicated what they’d learned.  Crystal illustrated how she came to kno

w Jesus, and David sang and gave the soundtrack for the dramas. Stephanie talked about what they had learned fromElijah on top of Mt. Carmel which helped weave everything together.  The church choir performed a drama that was culturally/stylistically Nyanwezi.  Bridging these two worlds was one of their goals in the workshop and in that          community.  The performance was a forerunner for what they hope would come.

Before they came the people of Nata  were doubtful and uncertain.  They wondered if it would be valuable.  The people in Nata are gentle and humble.  To know the truth of something, they must experience first-hand.

The team praised God for His marvelous work that week; when they left, they were already asking when they we’re coming back for phase two.